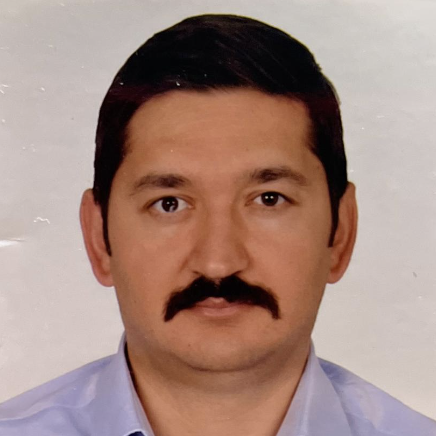 He was born in 1980, in Adana Province, Yumurtalik District, Zeytinbeli Village. He spent the years of 2000- 2002 at Ankara Hacettepe Computer Science Engineering Department. He spent the years of 2003- 2005 at Adana Cukurova University Faculty of Medicine. He graduated from Cukurova University, in 2005, Faculty of Engineering-Architecture, Department of Computer Engineering (English), where he started as the 1st ranked student and graduated as the 1st ranked student in 2009. He started his business life during his education years and developed process management projects mainly in corporate companies and municipalities. Between 2009 and 2011, he worked as a software department manager and company manager in the private sector. He started to work as a computer engineer in 2011, in Adana Metropolitan Municipality Department of Information Processing. He worked as Software and Program Branch Manager, Hardware Branch Manager and Energy Branch Manager in ASKİ General Directorate Information Technologies Department in 2014-2017. As of February 2017, he started to work at Gaziantep Metropolitan Municipality Department of Information Processing. Since April 2019, he has been appointed as the Head of Gaziantep Metropolitan Municipality Information Technologies Department and still carries on his duty. Since October 2020, he has been serving as the Vice Chairman of the Board of Directors of Gaziantep Informatics and Smart City Technologies Inc. since its establishment. He is married with two children.