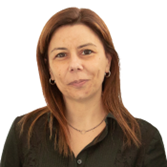 Catarina Selada is Director of the City Lab of CEiiA – Center for Engineering and Development, having previously assumed the coordination of the Cities Unit at INTELI. She has participated in several national and international projects and initiatives in the area of smart cities, with emphasis on the Smart Cities Portugal Cluster, the Smart Cities Index and the RENER Network – Portuguese Network of Smart Cities. She was named Smart Cities Live 2016 Personality of the Year by the Strategic Council of AIP – Associação Industrial Portuguesa.